Trico: A Victory to Remember 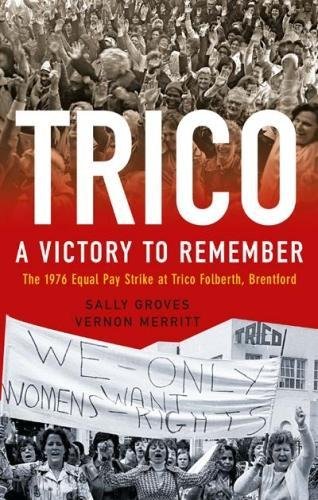 This is the story of the historic 21 week equal pay strike at Trico-Folberth in Brentford, West London, in 1976. TRICO - A Victory to Remember is indispensable to understanding how the 1970s marked a turning point in making women's rights a central focus for the labour movement, casting aside the minor role women were allocated in the mainstream. No longer could women's rights be given mere lip service. The strike was trail-blazing in many ways. It was the first time American-style picket-busting convoys of lorries and scab labour had been used against strikers who were mainly women. The employer, Trico, relied on legal loopholes in the new Equal Pay Act in presenting the case to a tribunal, which was boycotted by the strikers' trade union, the AUEW. However, despite the tribunal ruling in favour of the employer, the union nevertheless successfully negotiated equal pay. This achievement was unique, and led towards the Equal Pay Act being amended in 1983. The story of the strike, illustrated with stunning archive photos mostly unseen for over forty years, charts the women's campaign from its beginnings to their final victory, including anecdotes from some of those involved. There is a brief history of the struggle for equal pay in Britain, and a chapter on the relevance of the Trico dispute to today's society.

Author Sally Groves worked at Trico from 1975 - 1980 on assembly and then as a trainee tool setter. She was one of the women on strike in 1976, and became the Trico AUEW Strike Committee's Publicity Officer. This book will inspire women everywhere; trade unionists and anyone suffering as a result of the gig economy. It will be of particular interest to those studying and researching issues of women's equality.