AN INTRODUCTION TO MARXISM - starts 9 March 2021

How our on-line learning works:

Our on-line learning is based on reading, questioning and mutual support from other participants and tutors.  It seeks to draw on the varied life experience and knowledge of those taking part.

Each course has four sessions or classes, each lasting two weeks.  For each session you will be provided with short readings, explanatory notes, film clips, short videos and questions or discussion points to which you are asked to respond.  These questions form the basis for debate and interaction.  The tutor responds, where appropriate, to take discussion forward and to sum up at the end of each class.

Each participant can contribute as much or as little as they want and arrange their participation at times which suit within each two week period.

This course provides a basic introduction to the Marxist analysis of capitalist economics – comparing and contrasting its approach to that provided by neo-liberal and Keynesian interpretations.

The main text is Marx's pamphlet,Wages, Price and Profit.  This was written in 1864 at the same time Marx was finishing his great work, Capital,Volume 1, and boils down the arguments of Capital to their simple essence.

Each course has four sessions or classes, each lasting two weeks. For each session you will be provided with short readings, explanatory notes, film clips and discussion points to which you are asked to respond. These responses form the basis for debate and interaction with fellow students and the tutor. At the end of each of the four classes there will be a Zoom tutorial.

The four classes are:
1.  An introduction to Karl Marx and Wages, Price and Profit
2.  Class, political power and exploitation
3.  Labour Value and capitalist crisis
4.  Contradictions of capitalism 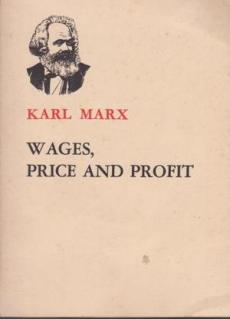 This course examines capitalist development over the past century and does so in order to provide an understanding of the economic and political nature of the current crisis.  It draws on a number of explanations but principally those in the Marxist tradition.

By the end of the course you should be able to show understanding of the range of explanations put forward for the current crisis and be able to contest arguments that:
·         The current crisis has been caused by over-consumption and too much government spending on welfare
·         Austerity, cutting the social wage and public sector employment, will resolve the crisis
And instead demonstrate that
·         The crisis has been caused by enhanced monopoly ownership of the economy and in particular the control exercised by financial institutions
·         That such monopoly control leads to attempts to dominate the economies of other countries and internally to the erosion of democratic rights

The four classes are:
1. The last BIG crisis
2. Imperialism then and now
3. Today’s big crisis
4. Monopoly power against democratic rights 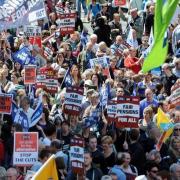 The four classes are:
1.  What are trade unions for and how do Marxists understand their role?
2.  How do trade unions exercise political and economic power in capitalist society and do they still have power in contemporary Britain?
3.  Lessons from the past: how trade unions have previously transformed politics; how our ruling class has sought to challenge and reverse these political gains
4. How can trade unions rebuild their economic and political power today? 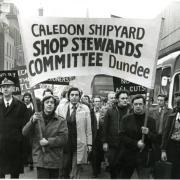 This course studies Marx and Engels' theory of historical change - or 'historical materialism' - and how it relates to their revolutionary politics.

Students enrolling on this course will learn

The core concepts of Marx and Engels 'historical materialism' and how they relate to Marxist theories of revolution
How these concepts have been applied by historians and revolutionaries to understand the past and to transform the present
How to apply historical materialism to their own history and the current moment
The course is taught on a ‘distance’ basis by a combination of Zoom tutorials and the on-line provision of materials and interactive discussion on the Moodle platform. It lasts eight weeks and begins on Wednesday 13 January.