An opportunity to catch up on what we've been up to

This is the second in a series of classes led by Jonathan White which looks at Marx and Engels’ historical materialism – their science of social change and historical development.

Marxism and History - Human labour and the movement of history

This was the first in a series of classes led by Jonathan White examining Marx and Engels’ historical materialism – their science of social change and historical development.

Class 1: Human labour and the movement of history

A major international conference celebrating Marx’s work and exploring the significance of Marxism in the world today. Organised by the Marx Memorial Library on the bicentenary of Marx's birth, it dealt with how Marxism can be applied to present day conditions, concerning gender and race, the role of the state, nationalism, and the environment.

Speakers included Isabel Monal, Editor of Cuban theoretical journal Marx Ahora; Sitaram Yechury, General Secretary of the Communist of India (Marxist); and John McDonnell MP, Shadow Chancellor of the Exchequer, who brought the event to a climactic end by highlighting the new wave of interest in Marxism which had followed the 2007-8 financial crash. Sponsors of the event included the Barry Amiel and Norman Melburn Trust, Unison, the Indian Workers' Association, the Ken Sprague Fund and SOAS.

The Centenery of the Russian Revolution

An international conference celebrating the centenary of the Russian Revolution and its global impact, past and present. The MML's exhibition about the revolution's effect on World War I and the British and European labour movements was also displayed at the event. The conference featured a range of political and historical speakers, such as Johanna Scheringer-Wright, member of Die Linke for German's Thüringer parliament and Teresita Vicente Sotolongo, Cuban Ambassador to the UK. Topics that were discussed included the legacy of the revolution and its effect on women, art and cinema, and the developing world. The event was well-attended and featured on BBC's Sunday Politics. 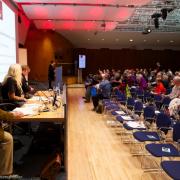 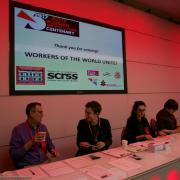 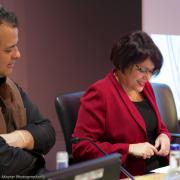 Ben Fine, Professor of Economics at SOAS, gave a talk defending Marx's timely critique of the capitalist system and further spoke on the relevance of Das Kapital today. Fine also dealt with the movements that were inspired by Marx's most famous work, and the efforts to replace capitalism that have existed since Das Kapital was first published 150 years ago.