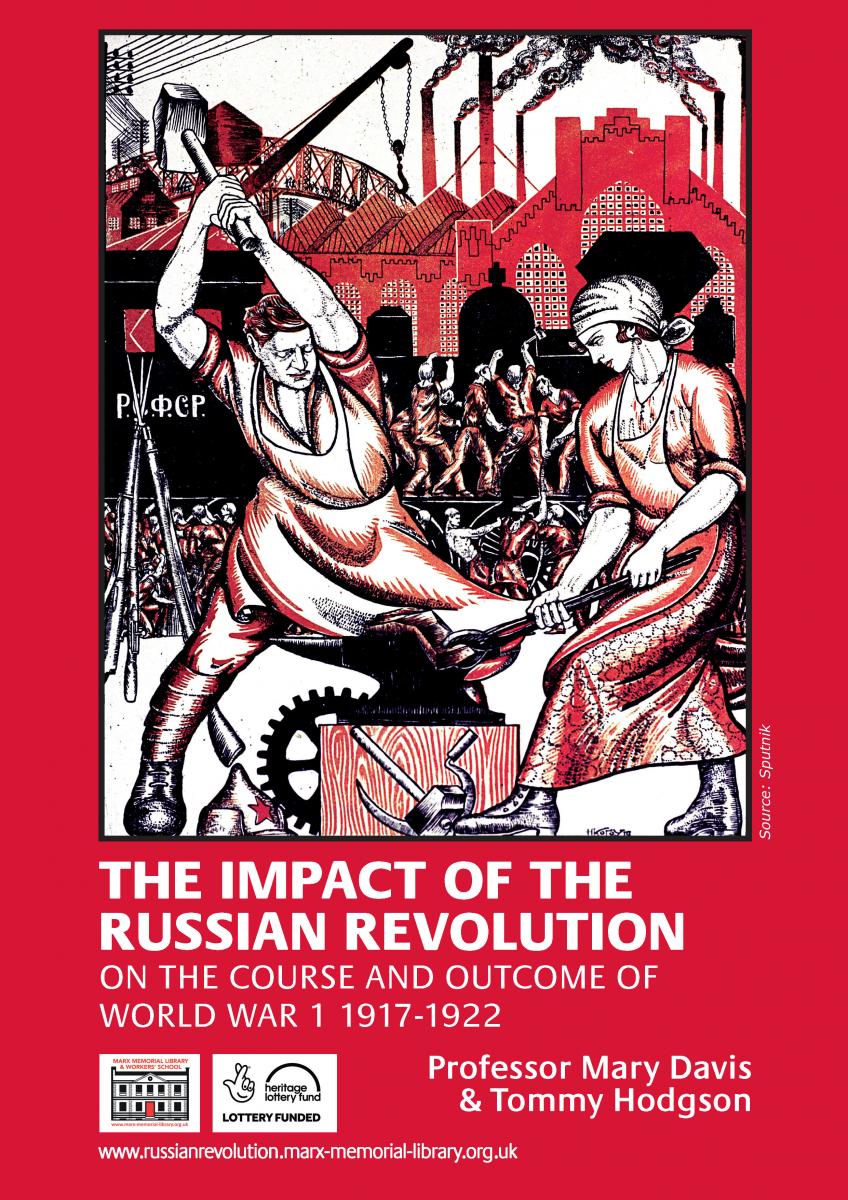 A pamphlet about the build-up to the Russian Revolution, the execution of the revolution itself and the impact it had on the course and outcome of WW1, including in the European and British labour movements.

The October Revolution of 1917 was a seismic event which uprooted the established order of capitalism in Europe, changing the course of international history. The revolution profoundly altered the Russian state and impacted the outcome of WW1 spurring Western governments to intervene to prevent the Communist ideology spreading westward. Despite attempts to stifle it, the revolution influenced popular left-wing movements across Europe, sparking other revolutions and uprisings. It is remarkable to note that the revolution occurred despite its contradictory nature, taking place in the least educated and most economically backward country in Europe. This pamphlet traces the revolution from its origins through to its implementation, and thereafter the explosion of actions, reactions and movements it affected. Written and published in the centenary year of the revolution, this pamphlet accompanied an exhibition exploring the same themes, which was displayed at academic institutions across the country. It was published as part of a larger celebration of the Russian Revolution, which included the launch of a website for researchers, as well as many lectures and discussions, culminating in an international conference held at the TUC hall on November 4, 2017. This project was made possible by the Heritage Lottery Fund, and made generous use of the resources of the Marx Memorial Library, the Society for Co-Operation in Russian and Soviet Studies, Sputnik, RIA Novosti and the Modern Records Centre at the University of Warwick.