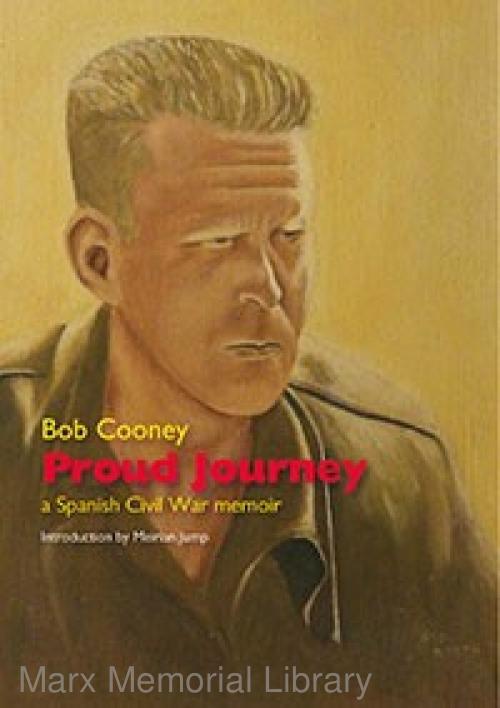 Bob Cooney (1907-1984) was a prominent anti-fascist and communist in Aberdeen who joined the International Brigades in the Spanish Civil War of 1936-39. Published here for the first time, Proud Journey is his memoir of those turbulent times. It takes us from street clashes with Blackshirts to the battlefields of Spain and the heroism and sacrifice of Cooney and his comrades facing the forces of Franco, Hitler and Mussolini. Written in 1944 and with the Second World War as a backdrop, this is a rousing personal account of one man’s part in the long and bloody fight against fascism that helped define this key period of twentieth century history. Cooney paints an action-packed and politically-charged picture of struggle, solidarity, comradeship – and hope.

Bob Cooney writes honestly and in great detail about his experiences in the Spanish Civil War, successfully placing the war in the context of the rise of fascism in Europe during the 1930s and the inaction of Western powers, through the policy of non-intervention, to prevent its spread. He writes of conversations and anecdotes with his comrades, but also analyses the complex politics of the conflict. His lifelong communist and anti-fascist beliefs are reflected through his passionate and gripping words. Cooney's Proud Journey is one of many International Brigade memoirs housed in the Spanish Collection archives at the Marx Memorial Library & Workers' School. The collection was originally donated by the International Brigade Association, and contains a variety of original material such as photographs, posters, banners and letters of correspondence.