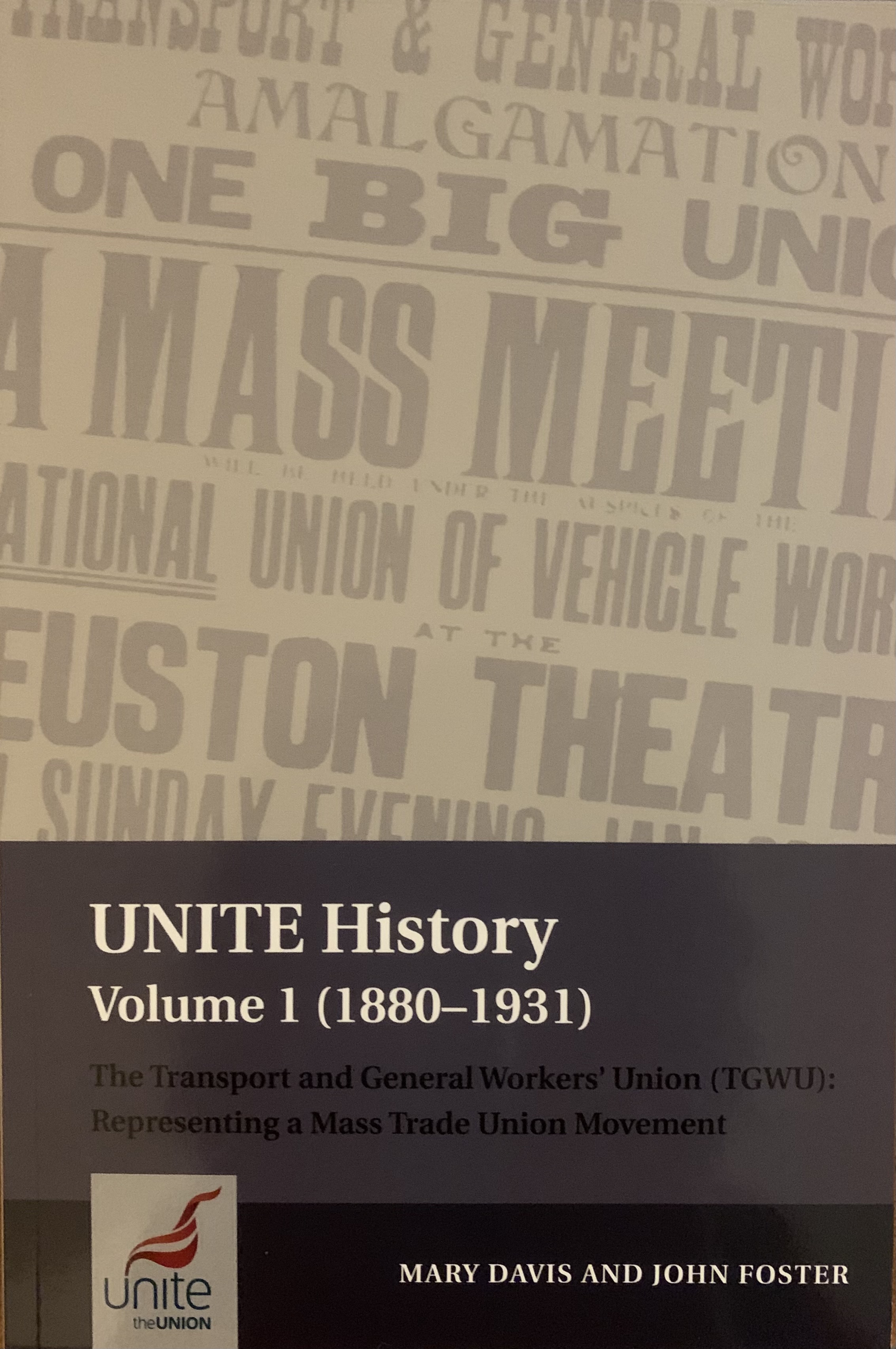 This is volume 1 of six accessible volumes covering UNITE’s history from 1880 to 2010. The history of the TGWU is the core of this collection, with a significant emphasis on the union’s regions, as well as several key themes, such as equality, internationalism, the wider labour movement and its attitude to the conflict between capital and labour.

This first volume (1880 – 1931) covers the formation of the TGWU. It was rooted in an era which, starting in the 1880s, a mass trade union movement was formed. The drive to amalgamate the unions was spearheaded by Ernest Bevin and resulted in the creation of the TGWU, 1920-22 – a period that witnessed an intensification of pre- and post-WW1 militancy. Such militancy continued, albeit unevenly until 1926 and was met with resistance from employers and the state, culminating g in the mighty confrontation of the General Strike. Politically the union had a close relationship with the Labour Party and its two minority governments (1923-24 and 1929-31). The defeat of 11926 marked a watershed in British labour history in which, again, the TGWU played a key role. Trade Union militancy was succeeded by an attempt at negotiated accommodation with the employers, known as ‘Mondism’. Bevin was central to this development.

Mary Davis is visiting professor of Labour History at Royal Holloway, University of London and Secretary of the Marx Memorial Library.

John Foster is Emeritus Professor in Social Sciences at the Univversity of the West of Scotland.