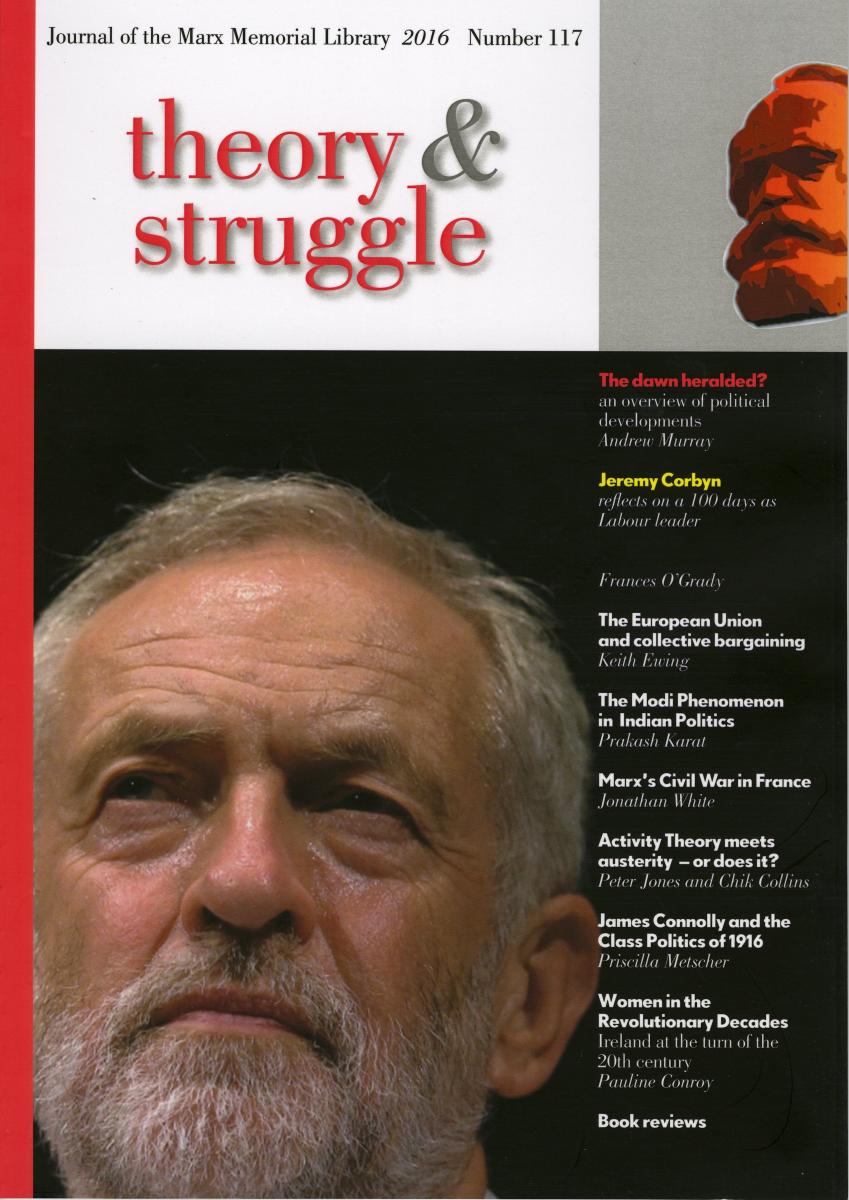 This edition deals with a range of themes related to current struggles, international perspectives from the developing world in particular, and the role of education in the working-class movement. It notably features an interview with Jeremy Corbyn reflecting on his first 100 days as Labour Party leader and the issues that have arisen out of this political development.

Education, the working class movement and the work of the library