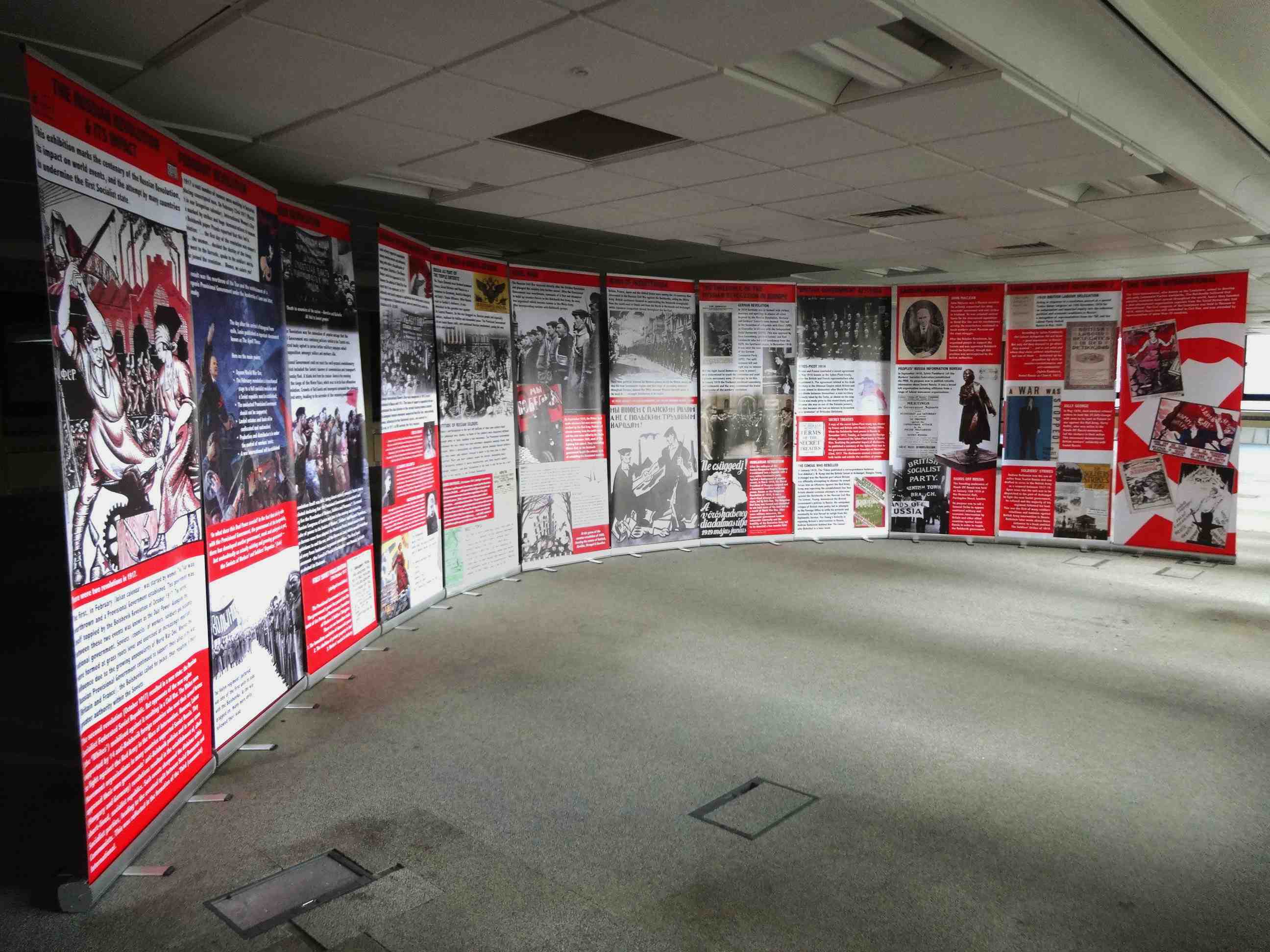 This website accompanies a special exhibition celebrating the centenary of the Russian Revolution. The exhibition was researched and written by Professor Mary Davis and Tommy Hodgson using the same sources as this site. It was then designed by Angus Reid and printed, first being shown on May Day (International Workers' Day) at the Marx Memorial Library (MML). It was up in the MML hall on display to the public until June 15th, where the project's researchers hosted a talk discussing the Impact of the Russian Revolution. From June 16th to June 26th, it was then on display at the Society for Co-Operation in Russian & Soviet Studies (SCRSS) in Brixton. There was also a talk held by Professor Mary Davis on Friday 23rd June at the SCRSS (pictured below) regarding the significance of the Revolution. 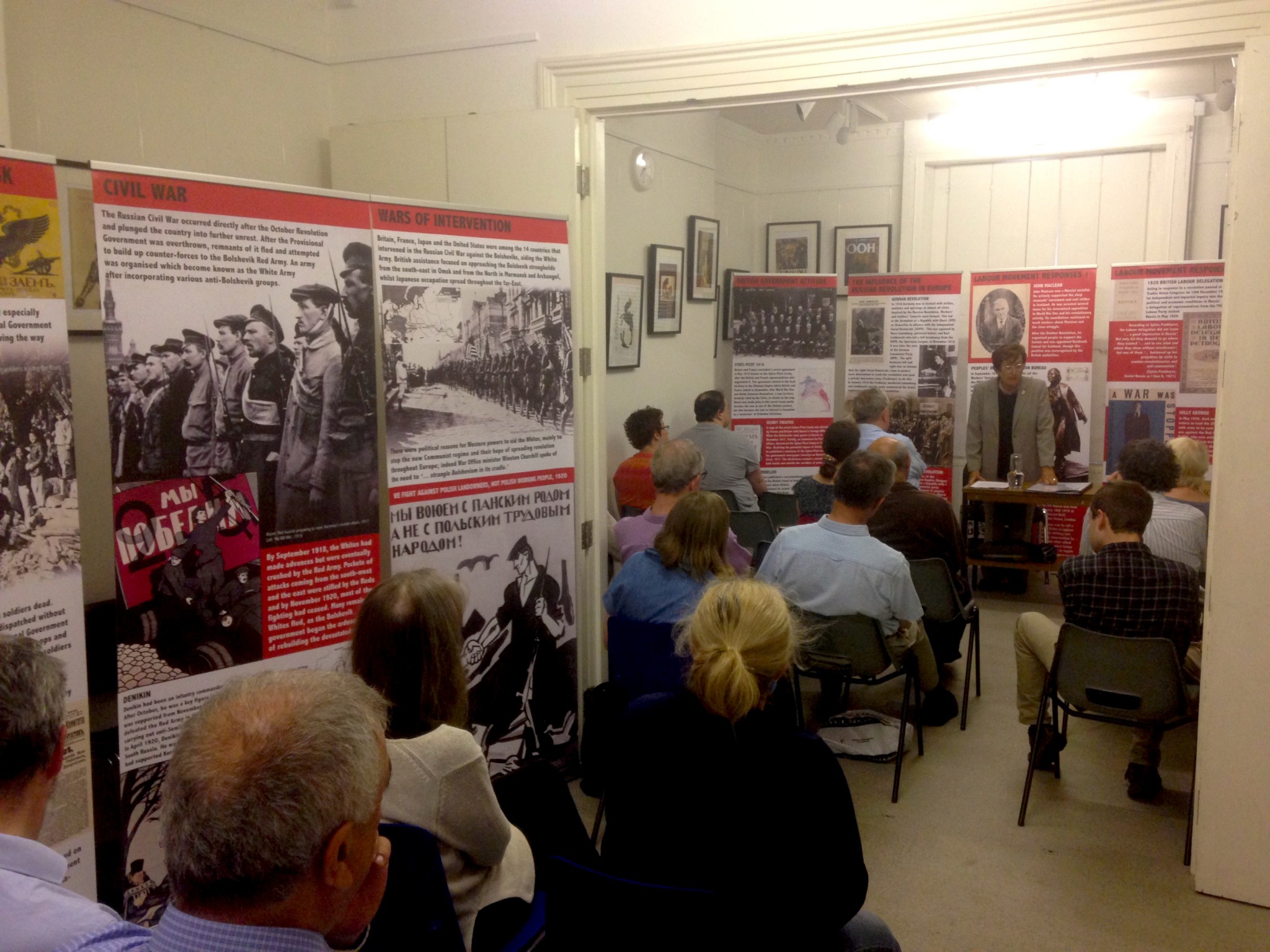 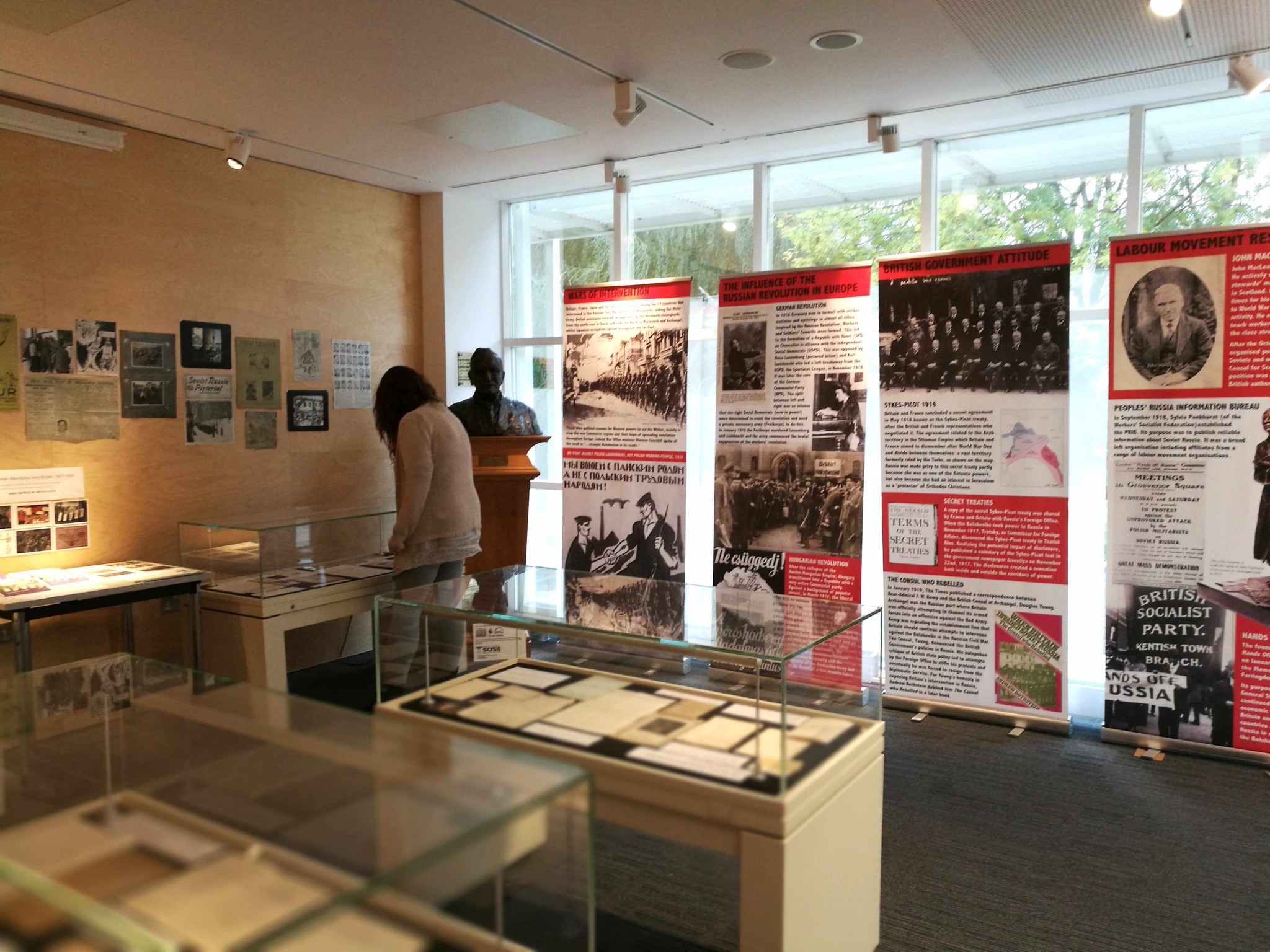 Between October 23 and October 27, the exhibition was on display in the Public Records Office of Northern Ireland in Belfast. Professor Mary Davis gave a lecture on women in the Russian Revolution on Wednesday October 25.

On November 4, there was an international conference on the Russian Revolution, taking place in the TUC building on Great Russell Street, London. The conference was organised by the Russian Revolution Centenary Committee and featured the exhibition (pictured below), along with various lectures, talks and stalls. Professor Mary Davis also chaired a discussion and gave her own lecture on the crucial role of women in the revolution. The conference was very well attended and featured on BBC Sunday Politics the day after. 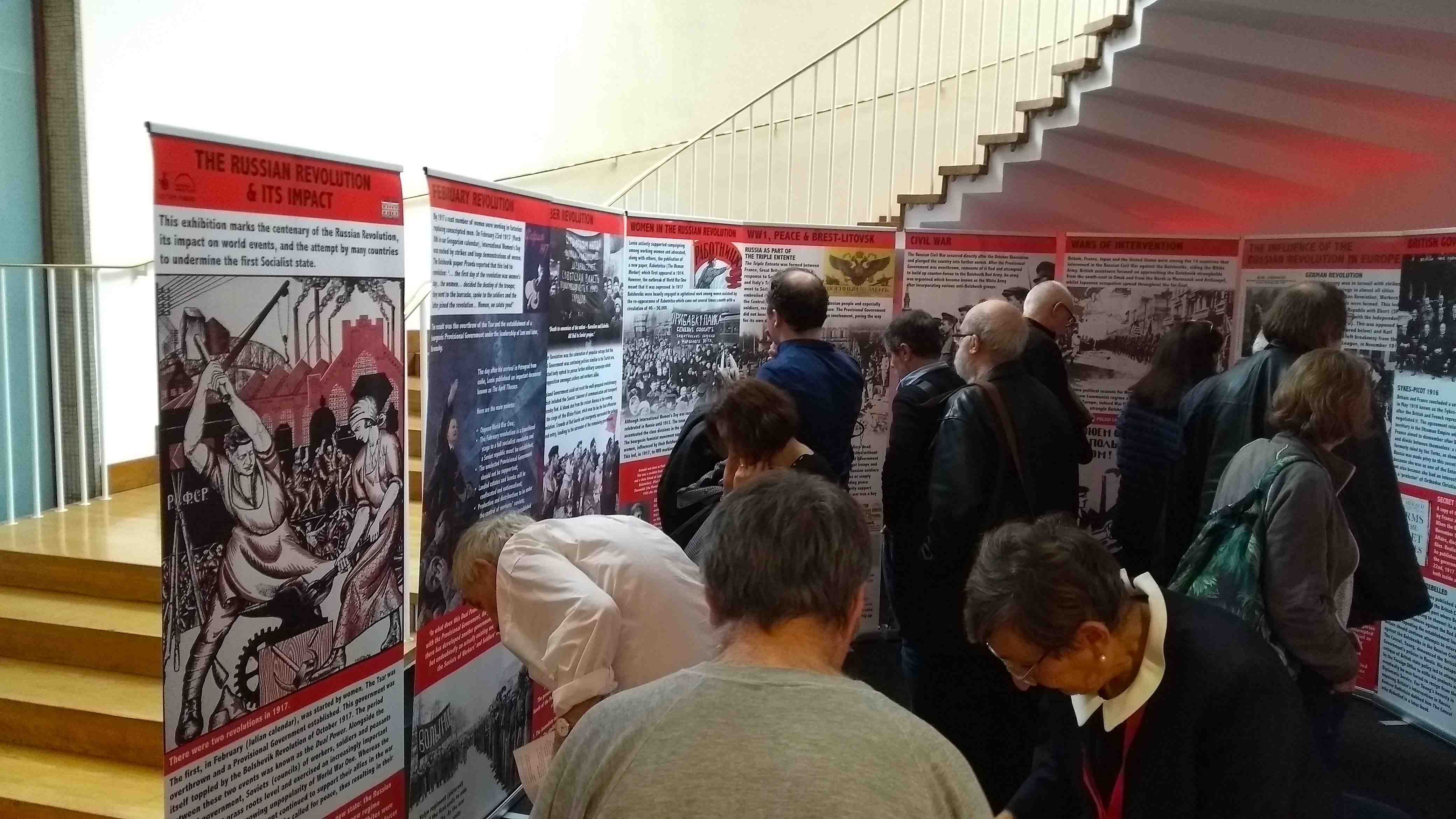 The final (likely) stop for the exhibition in 2017 was Wallsend Memorial Hall & People’s Centre (the MEM) in Newcastle, from 9 November - 16 November. It accompanied an event commemorating the Russian Revolution featuring talks, music, along with various stalls and workshops. 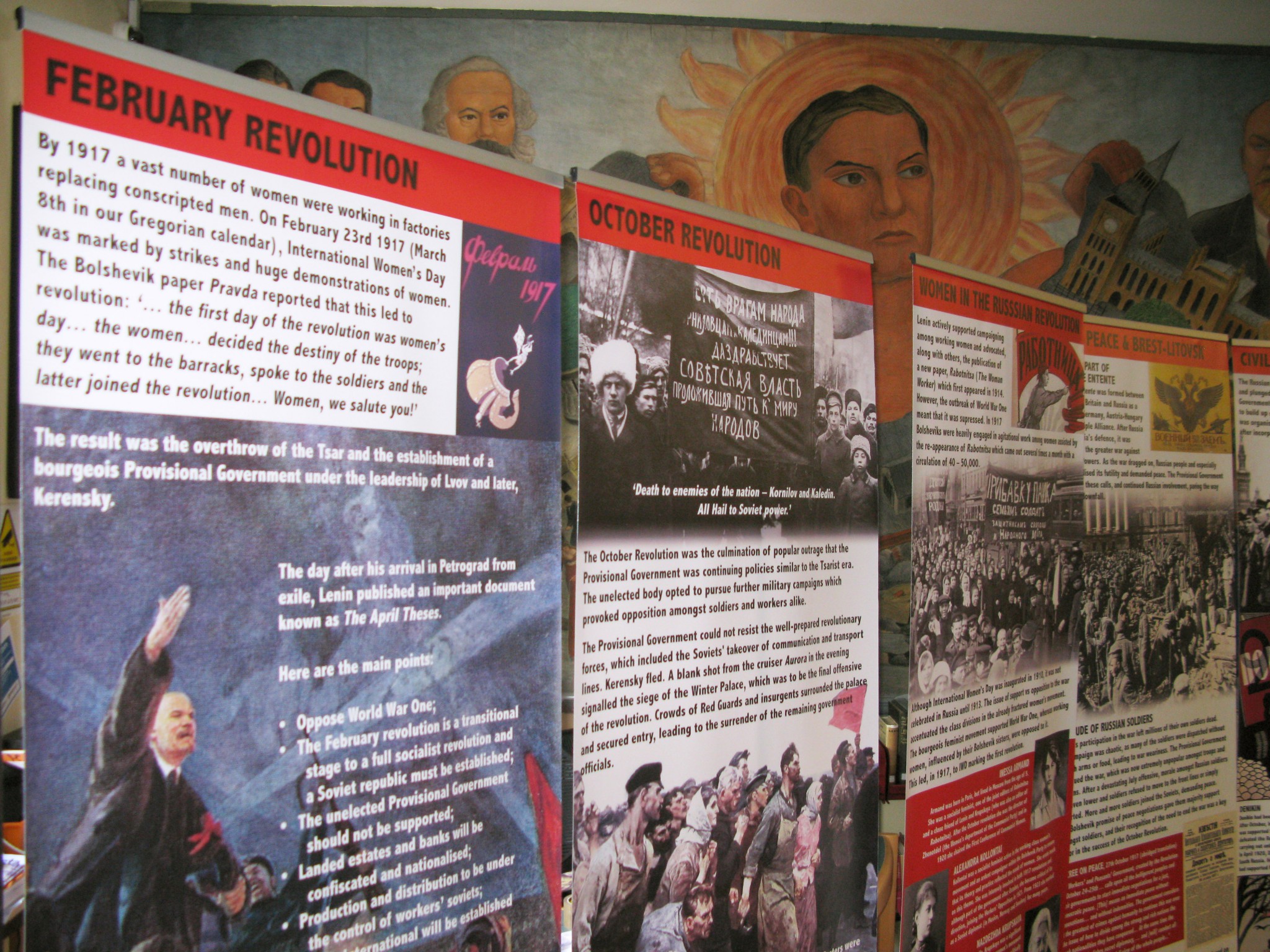 The exhibition making its debut at the Marx Memorial Library on 1st May 2017.