The collection of songs and music (archive and printed material) at the Marx Memorial Library spreads across the library’s main and special collections, with examples related to all subject areas. A full sweep of 200 years of history spanning the 1790s-1990s is uniquely described using songs as illustration and reportage of governmental, organisational and community pro-activism for both establishment and underground causes.The collection comprises individual songs, compilation songbooks, songsheets, sheet music, lyrics, libretti, piano scores, vocal scores and sets of instrumental parts.

Early socialist groups for whom membership was key to growth, were amongst the first political groups to exploit the community-bonding aspect of music, its universality and appeal. As conduit of information or expression of solidarity among members, songs were a source of power. 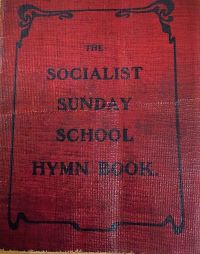 Socialist message condensed into songs like "England Arise!" by Edward Carpenter and “The Red Flag” by James Connell and frequently published in early socialist party songbooks like “Chants of Labour”; “The I.L.P. songbook”; “The S.D.F. songbook” and William Morris's “Songs for Socialists” created anthems for the Labour movement. Nonconformist religions influenced socialism by sharing common social justice values and behaviours, leading to movements such as the Labour Church, the Socialist Sunday Schools and the Proletarian School which published songbooks and tune books. 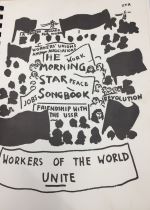 On a larger scale, Communist rule in Soviet Russia, North Korea and China   produced large amounts of government-approved music and song some of which appeared in translation for Western audiences. Communist supporters in Great Britain reproduced Soviet songs as part of a prolific output of music which contributed enormously to British musical life in general. 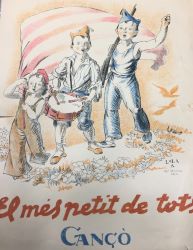 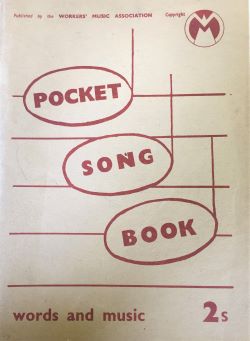 Some tips on searching the collection

Search for works about music/ musicians: Type 'music' into the search box for biographies, articles, books, papers on musicology, music policy in educational and social spheres.

Search songs by song title: A sample set of individual song titles are listed for each catalogue item.