The Threat of Nuclear War and the Stockholm Appeal

Five years after the use of atomic weapons on the Japanese cities of Hiroshima and Nagasaki by the US military, an act of unprecedented destruction that shocked the world, the World Peace Council (WPC) was formed. The opening congress of the WPC held in Sheffield and Warsaw condemned the atom-bomb and the American invasion of Korea. It recommended the creation of national peace committees in every country, and rejected pacifism and the non-aligned peace movement.

As a committed communist and respected physicist, Frédéric Joliot-Curie, the WPC’s first president, was acutely aware of the threat atomic weapons continued to pose to global peace. Consequently, at its congress in Stockholm in March 1950 Joliot-Curie led the WPC to launch its first international campaign, the Stockholm Peace Appeal, which called for an absolute banning of the atomic bomb, strict international controls to ensure implementation, and the recognition that use of an atomic weapon ‘would be a crime against humanity’ for which the government in question would be tried as a war criminal. 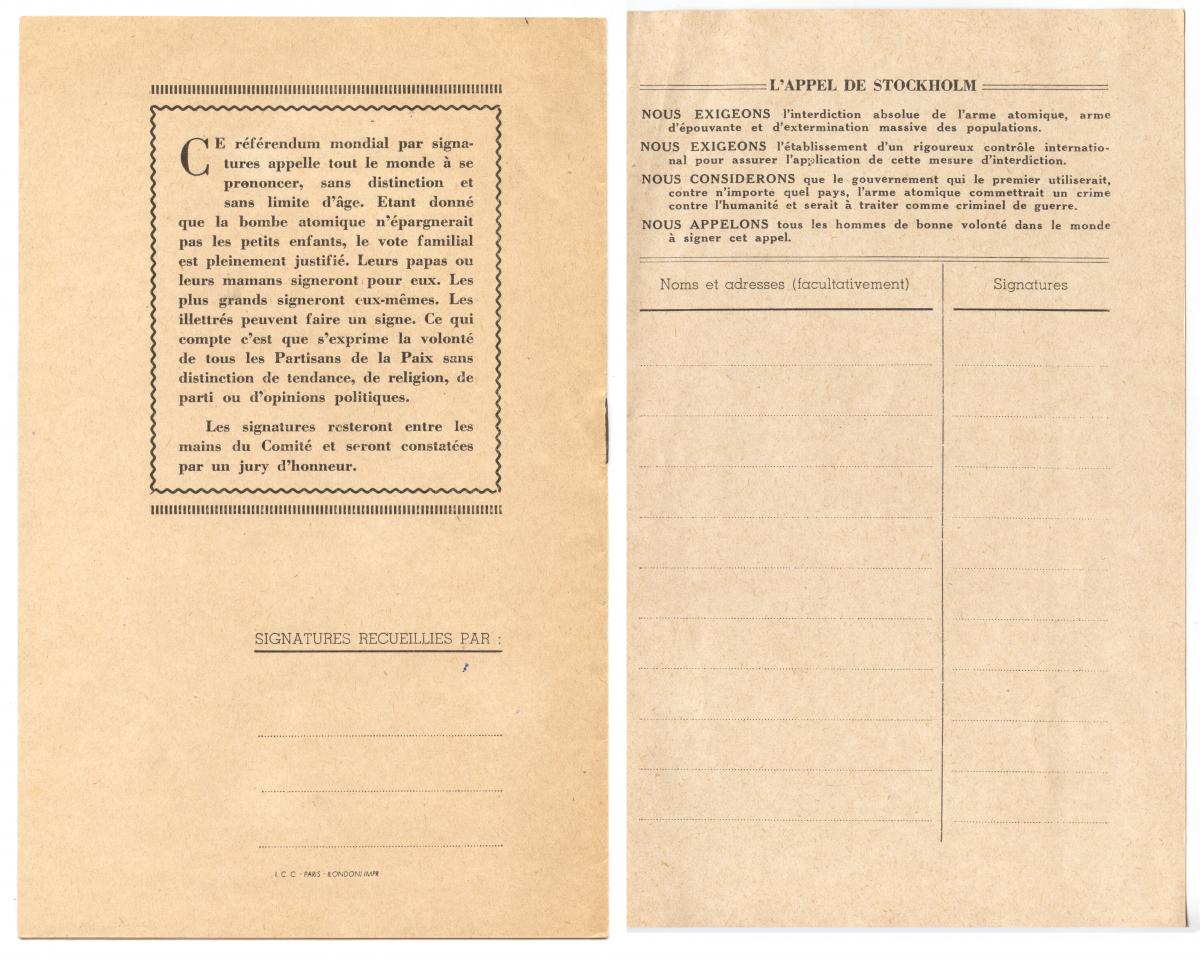 Within two weeks of its launch, 1.5 million people had signed the appeal. By 14 July of the same year, over 200 million people across 72 countries had given their support. In total, 273,470, 566 people signed the Stockholm Appeal, including (reportedly) the entire adult population of the Soviet Union. However, despite this huge showing of international grassroots support the Stockholm Appeal was ultimately dismissed by the United States as ‘a propaganda trick in the spurious “peace offensive” of the Soviet Union.’ 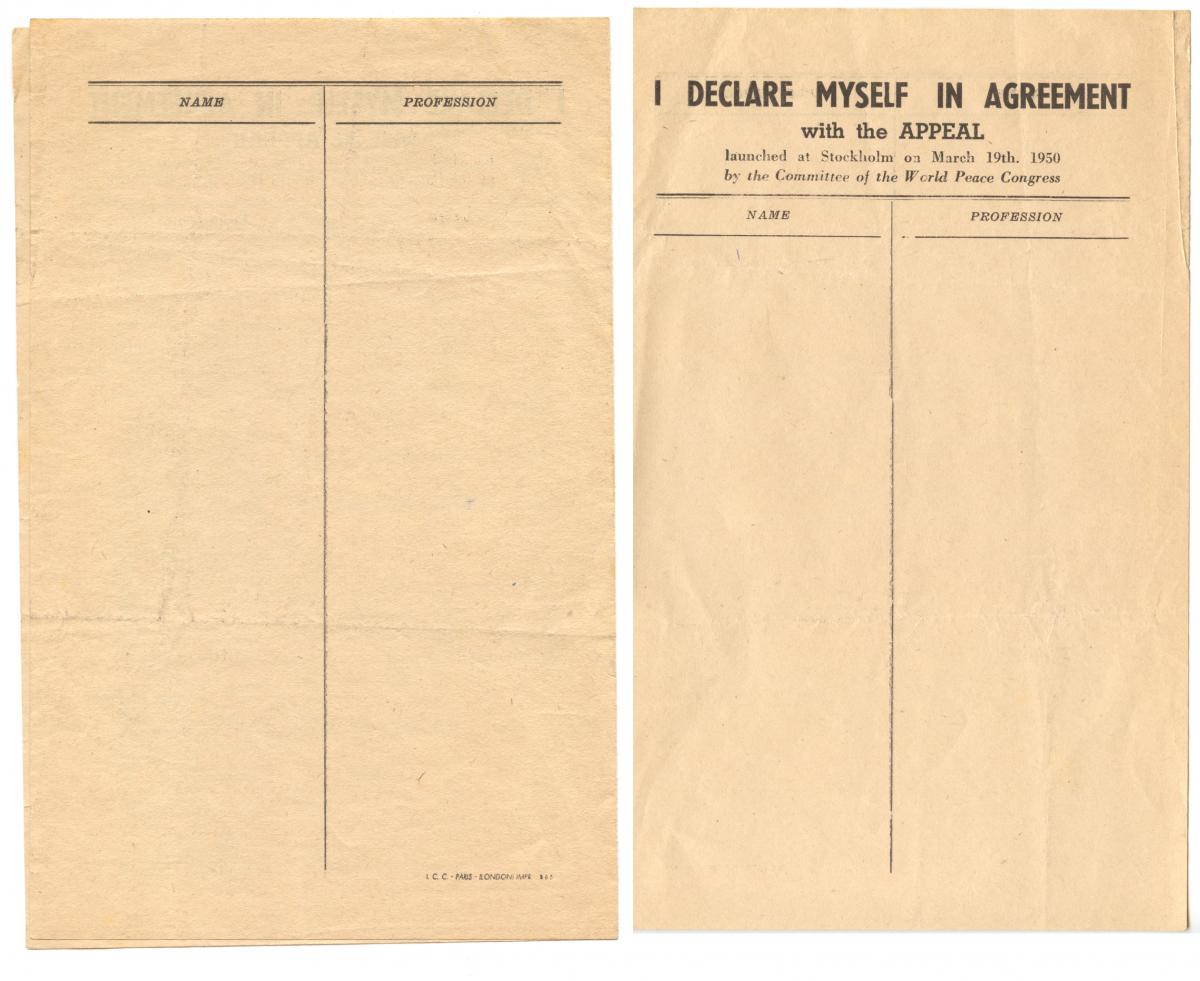 Against the backdrop of the Korean War, the remilitarisation of Germany, and the stirrings of further conflict in Europe, the WPC continued to champion nuclear disarmament and non-proliferation throughout the 1950s. In 1955 it launched an ‘Appeal against the Preparations for Nuclear War’ at its congress in Vienna, demanding the destruction of all stocks of nuclear weapons and the immediate stopping of their manufacture. However, less than a decade after the end of the Second World War and the bombings of Hiroshima and Nagasaki, the spectre of nuclear war continued to cast a long shadow over Europe and the rest of the world. In World Without War, published a year before he became president of the WPC, Bernal apprehended the immediacy of this threat, describing in his inimitably vivid and forthright style the catastrophic impact of nuclear war:

‘Those killed outright will be the luckiest; far more will die in lingering agony from burns and radiation sickness. There will be little hope of help and it will be of little help when it comes. Overall there will be the general horror of the bursting, searing bombs, crushed and burnt bodies, greater than anything imagined in the hells of the Middle Ages, and the longer horror of recovering for a few of the immediate survivors . . . Nuclear war would not mean a simple, clean end to civilization…’